This is a result of Waterhead Warriors 56-10 home win over Myton Warriors of Hull and Sharlston Rovers 36 -4 away victory at West Hull.

It will be the first time in the history of their club that Waterhead Warriors have reached a BARLA National Cup final whereas Sharlston Rovers were the BARLA National Cup kings between 2011 and 2015 when reaching five finals, winning three in the process and losing out twice. 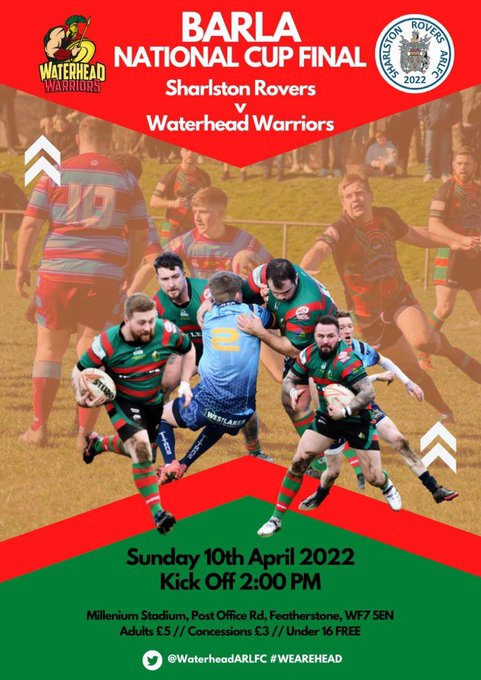