BARLA are pleased to announce that in preparation of the forthcoming BARLA Lions 2020 tour of the Southern Hemisphere that following the approval of the BARLA Board of Management, three appointments have been made.

BARLA have reappointed Gary Hewer as the Head Coach of the Lions and will be assisted by Leigh Paul-Rientoul, as well as physio/conditioner Matt Johnson. All three individuals were involved in the Lions 2018 Tour of Fiji.

“I’m delighted that the BARLA Board have sanctioned me to continue has BARLA Head Coach until 2021. This gives us the opportunity to continue the development and the standards embedded on the previous Fiji tour in 2018.

“We want to engage with the Three Counties to identify the players that have earned the right to represent BARLA on the proposed 2021 tour. This year’s County Championship has that added incentive for the players as the BARLA initial train on squad will be selected from this year’s Championship.

“I’m excited about identifying and working with some of the best Amateur players in the Country and preparing them to tour.”

Steve Manning BARLA Vice Chair said, "On behalf of the BARLA Board of Management I would like to congratulate Gary, Leigh and Matt on being reappointed to the positions they held on the BARLA Lions Tour of Fiji in 2018. I think it’s fair to say it was an education for them and a great learning curve for them in preparation for next year’s tour."

"Following that tours recommendations by the BARLA Tour Manager BARLA have also learned and taken matters on board hence the early announcement of these three appointments. Its means that this year’s Three Counties Championship will be even more significant than ever as the squad will be selected from those players competing in this year’s game.” 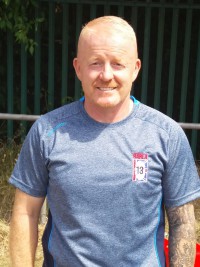